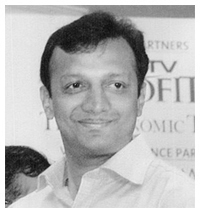 I am proud to be a member of Rhino Seeds Africa Limited, Uganda. Rhino seeds Africa Limited was establishing in 2017 with the aim of taking high quality Agricultural Seeds and other Agro inputs nearer to our farmers especially to small holder farmers.

According to the United Nations Population Fund, the Global Population could increase by as much as two billion in the next 25 years with more Population boom is expected in Africa. If this happened, World Food Production would have to double to ensure Food Security for the Projected Population by 2040. In order to achieve the above vision, availability of quality seed will be very vital.

Rhino Seeds Africa Limited is committed to serve the interests of small holding farmers in the East African community to start with and would be committed to establish a full fledged ‘Seed House’ in the coming years to meet the expectations of the farmers and also an answer to the climatic changes.

We are already working closely with Research organization and Seed Producers to ensoure that the Quality Seeds are Produced and supplied. We are highly dedicated and would like to grow with our farmers.

I would just like to express my gratitude and satisfaction in doing business with Seeds for Africa.
It has been a wonderful experience all the way, from placing my orders right through to receiving it. Your communication during the process has been appreciated. Also, thank you for the extra information.

Thanks a lot for the special order! I’ll make sure to tell other pepper growers about your site. i also grow other plants, and many seeds look interesting. I just have so many now. Anyway thanks again. I will try and do more business with you the future. Attention to such a small order is really appreciated.